PODCAST | Hellboy flamed out at the box office, but was it any good? We give you our review of ol’ Hornhead and ask the question: In an age of superheroes printing money, what went wrong?

PLUS: We recap the epic Star Wars Celebration that happened over the weekend. All the skinny on The Mandalorian and Episode IX trailers that debuted. 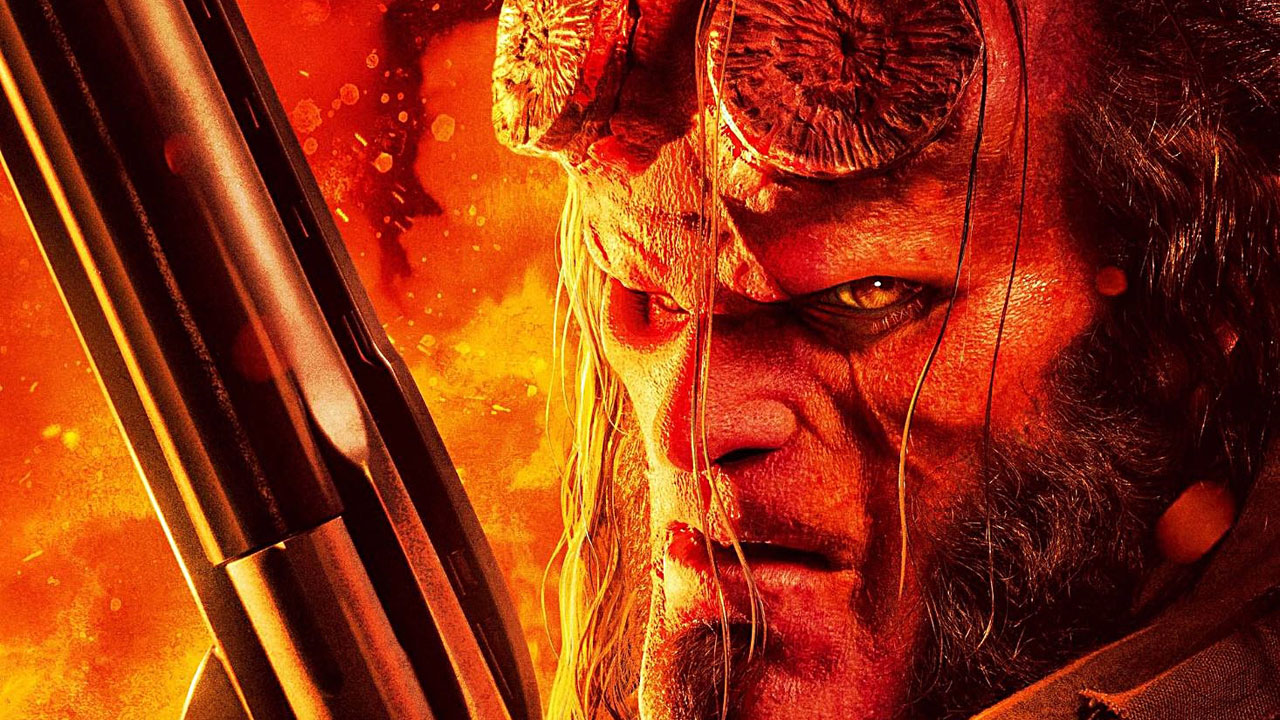 Hellboy, following in third place, took in $12 million from 3,303 theaters after getting skewered by critics and earning a C CinemaScore from audiences. The R-rated remake had been expected to clear $16 million to $21 million. Millennium financed the pic, with Lionsgate acquiring distribution rights in the U.S. and the U.K. and paying for marketing.

The $50 million movie, directed by Neil Marshall (The Descent, Game of Thrones), opened notably behind the first two installments in the series, which were both helmed by Guillermo del Toro. In 2004, the original Hellboy debuted to $23.2 million, while Hellboy II: The Golden Army took in $34.5 million, not adjusted for inflation. Both films starred Ron Perlman.
This time out, David Harbour (Stranger Things) stars as the titular figure. Milla Jovovich, Ian McShane, Sasha Lane, Daniel Dae Kim and Thomas Haden Church co-star. The male-skewing reboot skewed older, with 63 percent of ticket buyers over the age of 25. 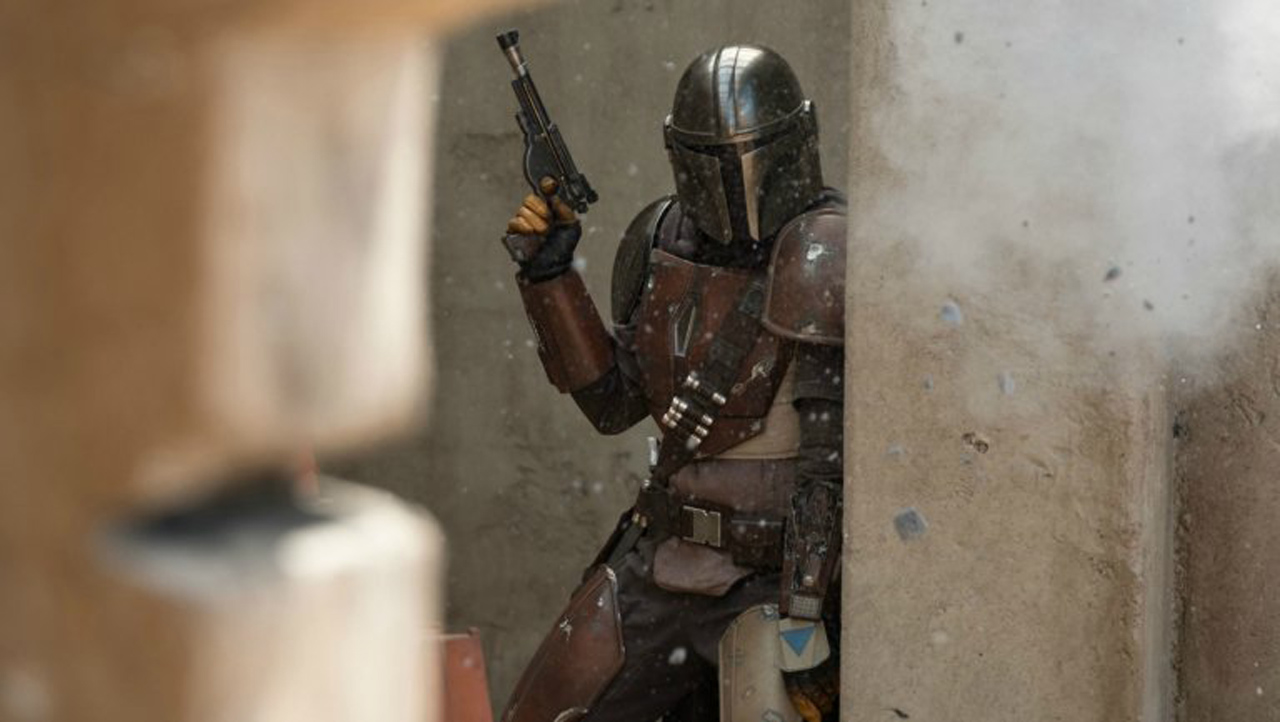 The talent behind the project revealed character names and new footage.

Star Wars fans got a first look at the Disney+ series The Mandalorian Sunday, when Lucasfilm’s Kathleen Kennedy and executive producers Jon Favreau and Dave Filoni pulled back the curtain to a packed crowd at Star Wars Celebration in Chicago.

The eight-episode series will debut on Nov. 12 as one of the launch shows for Disney+, and originated from an idea from Favreau, who penned four scripts before he even pitched the show to Lucasfilm.

“Jon sat down and pitched the idea of The Mandalorian. It was instantaneous.”

Filoni and Favreau recalled meeting more than a decade ago at Skywalker Ranch in northern California. Favreau was editing 2008’s Iron Man, and Filoni was working on Clone Wars. The two gave each other feedback, and Filoni allowed Favreau to voice a character. Years later, Favreau told him about his idea for The Mandalorian, and soon the duo were working together.

The series takes place after 1983’s The Return of the Jedi and before the villainous First Order rose to replace the Empire. Favreau said he wanted to look at the days after the Rebellion’s victory in Return of the Jedi, taking inspiration from westerns, Samurai films and even the years after the American Civil War.

“If you look throughout history, it’s fun at first, but it gets very complicated very quickly. The idea of that world after The Return of the Jedi and what would happen and what sort of characters would survive, and what it was like until the new Republic took over,” said Favreau. “You have vestiges of the Empire. You have only the strong surviving. You have chaos taking over the galaxy.”

Favreau said he’d always loved the tone of the Catina —the seedy bar from A New Hope where Luke Skywalker meets Han Solo — and found that underworld to be a “rich environment” in which to tell a story.

Pedro Pascal stars in The Mandalorian.

“The Mandalorian is a mysterious, lone gunfighter in the outer reaches of the galaxy. Some might say he has questionable moral character, which is in line with some of our best westerns, some good samurai. All the good stuff,” said Pascal. “He’s a badass.”

Pascal recalled being called in for a mysterious meeting with Favreau for “something Star Wars” before he was cast.

He walked into a room with “wall-to-wall illustrations” of the show. He noted he was born in 1975, a few years before A New Hope.

“I am a product of a Star Wars imagination. I’m seeing this and I’m like ‘what do you want me to do? Who am I go to be? Who do you want me to audition for? The bug? Or the Robot?’ And he’s like ‘You’re The Mandalorian,’ said Pascal, who mimed dying of happiness to the audience.

“I’m a bit of a loner,” Carano said. “I’m having a bit of trouble reintegrating myself into society.

Weathers was revealed to play Greef, head of the guild of bounty hunters.

“He’s looking for someone to bring a product to a client. It’s worth a lot,” said Weathers. “Guess who he finds? He finds a bounty hunter named Mandalorian … he hires this guy, sends him out there, and Mando does what needs to be done.”

Favreau revealed The Mandalorian gets around on a ship called Razer Crest, and noted this was the first time Star Wars was shot in Los Angeles, saying it was possible due to technological advancements, including those he’s learned on his films such as Iron Man, The Jungle Book and the upcoming The Lion King.

In addition to Favreau and Filoni, The Mandalorian has booked a number of high-profile directors, including Taika Waititi, Bryce Dallas Howard, Rick Famuyiwa and Deborah Chow.

“Everyone was from a different perspective, a different generation,” said Favreau of the directors. “We love pulling all the different stories together. For people who have been fans for 40 years, we have a lot in there for you. But these are new characters and new stories, so it’s a great way to invite new people in.”

He noted there was a parallel to him inviting people in to learn about Iron Man — then largely unknown to those outside of comic book fandom — and to this project.

“Much like we did with Marvel with Iron Man, [we thought], let’s make it something people could jump in on who don’t know anything about Star Wars and enjoy, but if you’ve been a fan, there’s been a lot of care that goes into all the details,” said Favreau.

Favreau showed off behind-the-scenes footage, which confirmed the project is set five years after Return of the Jedi. It showed off interviews from some of the series’ directors, and about 30 seconds of finished footage.

Fukuyama said the series has “the heart that Star Wars has always been about.”

The footage showed the Mandalorian walk silently towards a ship, open the door, walk inside. It was silent aside from sound effects, and very moody and dark.

But that wasn’t the only footage the crowd in Chicago got to see. About 50,000 people live streamed the panel, but there was finished footage that was only available to those in the room.

“What’s your highest bounty?” The Mandalorian asks. Greef responds, “Not much, about 5,000?”

The Mandalorian is not pleased, noting, “That won’t even cover fuel these days.” Greef concedes, saying “there is one job,” but it’ll be dangerous.

Then we see a Salacious Crumb-esque alien on a spit, and another in a cage. Mando is wandering a market with aliens and droids. He knocks on door, and it has the eyeball from Jaba’s palace in Return of the Jedi. The door opens, and there’s the droid walking from Death Star in original Star Wars. Another door opens, and it’s a lot of Stormtroopers in a room.

The footage gives a glimpse of Werner Herzog’s character, who notes to Mando, “Greef Carga said you were coming.”

A Doctor wanders into the room, Mando almost shoots him, but Stormtroopers pull guns, noting, “We have you four to one.” Mando isn’t worried, saying, “I like those odds.”

The standoff ends, and Herzog’s character hands Mando something that will presumably help him track down his cargo. He tells Mando there will be more money if he delivers the cargo, with the doctor adding “alive,” the implication being that if the cargo — apparently a person — dies, then Mando hasn’t completed the mission. Herzog’s character contradicts the doctor and says that proof of death is an acceptable outcome, but will mean lower payment.

Then there’s a sizzle reel, showing Mando fighting Carano’s character, and later fighting Stormtroopers, one of whose helmet shatters. It also shows a lot of bounty hunters from the empire.

Earlier on in the panel, Filoni revealed he hired the 501st Legion — a fan troupe of Stormtroopers — for The Mandalorian, with the group not realizing ahead of time they’d be in the show.

“They didn’t’ mess around,” said Weathers. “I wound up learning stuff from watching these guys and women.”

Disney+ is being billed as an important component to the future of Star Wars. Following December’s Star Wars: The Rise of Skywalker, there will be a break in theatrical releases for the galaxy far, far away.

In addition to The Mandalorian, Disney+ also has a Diego Luna-led Rogue One: A Star Wars Story prequel starring his character Cassian Andor.  It is also reviving the fan-favorite animated series Star Wars: The Clone Wars for a seventh season on Disney+ after last airing in 2008.

Lucasfilm chief Kathleen Kennedy told The Hollywood Reporter Friday that while there is a focus on streaming series for Star Wars, she is already plotting the next decade or more of theatrical releases, by working with The Last Jedi director Rian Johnson and Game of Thrones showrunners David Benioff and D.B. Weiss, who have two trilogies in development between the three of them. Favreau is also considered a key voice of the next theatrical steps.

Star Wars Celebration runs through Monday, but The Mandalorian marked the final high-profile panel for the fan event, following Friday’s first-look and trailer for Star Wars: The Rise of Skywalker. 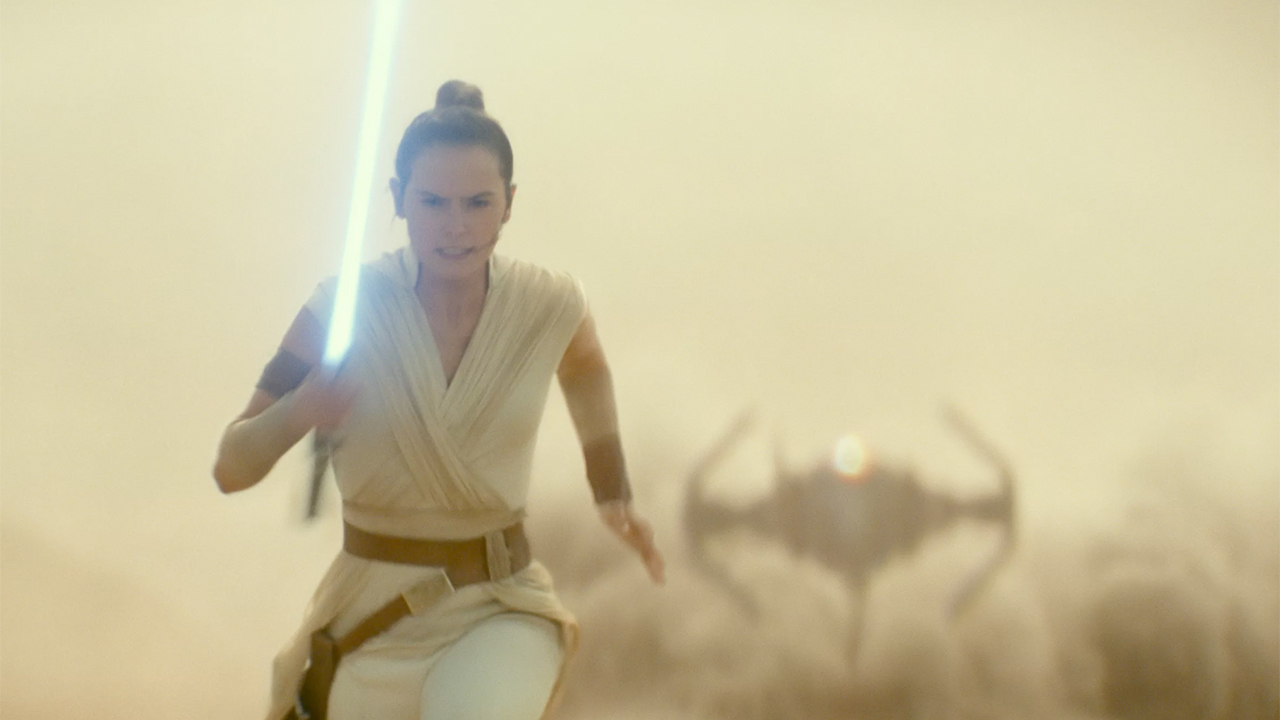 It’s a sad fact that spoilers and social media go together like peanut butter and jelly. The instant someone finds out some big reveal about a film or television series, it’s broadcast to the world thanks to 280 short characters, YouTube, or pretty much any other digital way of spreading the word. Now, despite all of Marvel Studios’ best efforts, some massive spoilers for the hotly-anticipated Avengers: Endgame have begun to spread like wildfire across the internet — and Marvel fans are jumping the proverbial social media ship in response.

Now, we here at ComicBook.com aren’t going to share those spoilers. We’re actively avoiding them ourselves because, after all, we have been through 21 movies, more than a decade of time, and have had to wait what feels like a full lifetime packed into a year since Avengers: Infinity War to get to Endgame. We’re fans, too. We want to see how it all shakes out completely unspoiled. So, rest assured that this article is spoiler-free and perfectly balanced, as all things should be.

That said, we have to talk about the fans freaking out about this huge spoiler leak. It is reportedly so intense that for some people, taking the measures to mute every possible keyword that would possibly result in the leaks hitting their timeline and news feeds simply aren’t enough. After all, even if you do mute something it doesn’t mean someone won’t post a screen shot that gets around those muted keywords and then you’re spoiled. Too risky. For those fans, the safest course of action is to hop off Twitter and social media, after posting a warning to their fellow fans that there are huge spoilers afoot. Some appear to themselves have already indulged in the spoilers but are being courteous enough to warn the others. 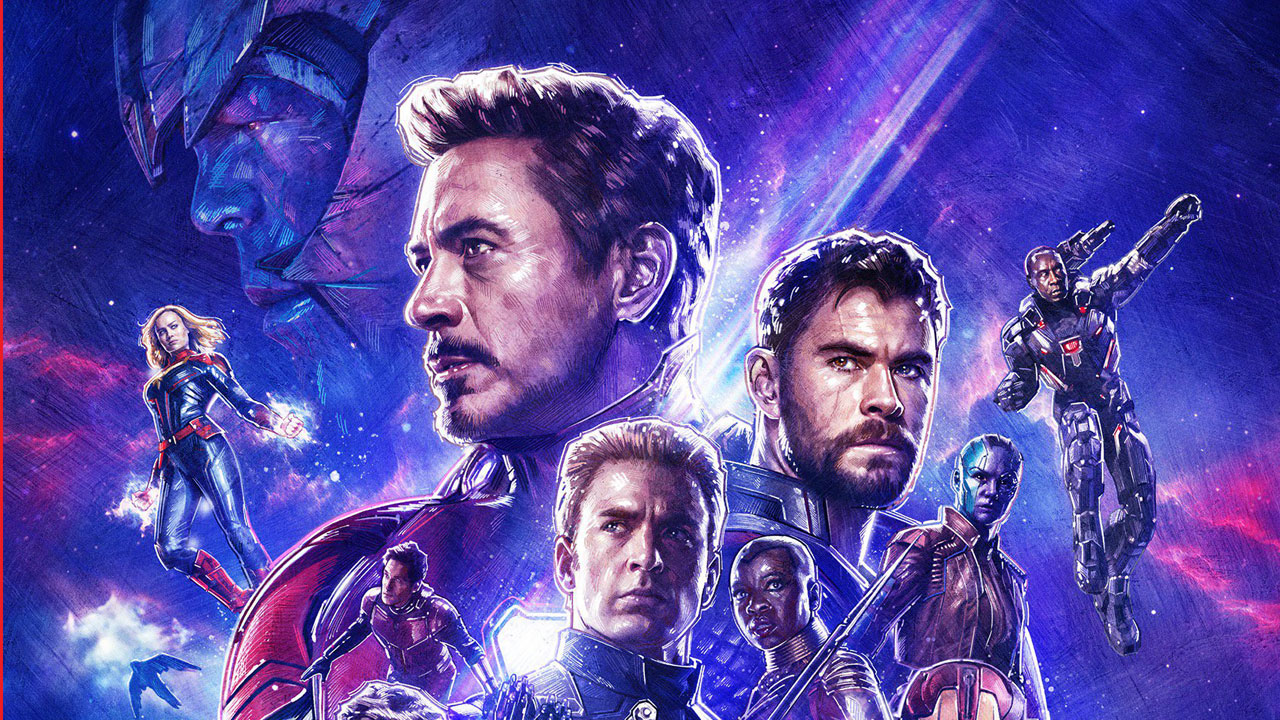 NEXT WEEK: We welcome Newsarama’s Chris Arrant to help us preview the event of the century! Avengers Endgame hysteria starts NOW!