Secrets of the Sire goes ANIME! Dragonball Z voice actor Mike McFarland is joined by creator/producer of My Life As A Monkey’s Alexa Fox and actress Brina Palencia to talk about their new show! 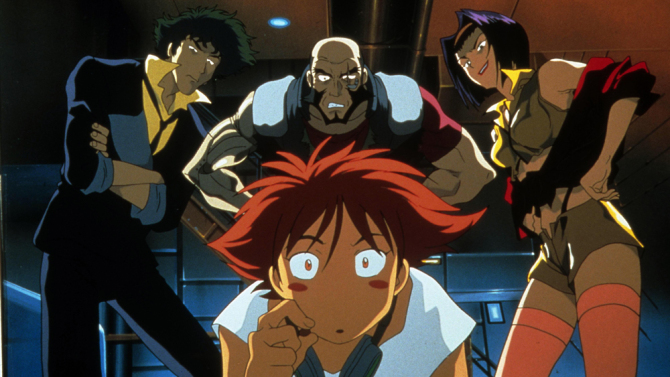 PLUS: If you could recommend ONE anime to anyone it would be…

WHAT DO YOU GOT GOING ON THESE DAYS? (Shameless Plug Time)
Just finished up Voice Direction and voice acting work on Attack on Titan (Season 2). Currently can be heard on Dragon Ball Super as Master Roshi airing on Toonami, and on My Hero Academia as Ojiro, streaming at Funimation.com.

WHAT DO YOU DO? (Think Twitter Bio)
Alexa Fox likes to think of herself as a writer/creator, but really she’s a cat-herding wrangler who improves any project she touches. Whether it’s finding artists for other publishers, writing additional jokes, or doing a voice-over now and again, Fox gets it done and gets it done with panache. Despite her busy schedule, she always makes time to show new talent the ropes and buck up the industry’s old hands. The Fantastic Ms. Fox is the creator of Danger Gliders and she’s debuting her first animated short in the “My Life as a Monkey” series, season 1, secret episode 0, “Panic of the Apes”.

WHAT DO YOU GOT GOING ON THESE DAYS? (Shameless Plug Time)

My Life as a Monkey, more Danger Gliders coming very soon, and an adult cartoon series short in the works called Crime to Five (that she’s forcing Hassan to help with in the near future).

My Life as a Monkey is a kids’ show about a boy named Reese and his two best friends, Sam and Amy. Reese is like any other kid. Except that he’s a monkey… But he wasn’t always! One day while he was helping his super scientist mom in the lab, there was an accident. Mom tried to fix it but every attempt made things so much worse that when they finally got back to monkey, Reese decided he’d had enough, “Monkey’s fine. Monkey’s good! I’ll just live the rest of my life as a monkey.” And so it began…

While the show focuses mostly on Reese and his classmates, weird things have been known to happen in their town. Is the source Mom? Yes. Yes it is. Why would you even ask? She turned her son into a monkey!

WHAT DO YOU DO? (Think Twitter Bio)
Actor, singer, writer or scripts and songs

WHAT DO YOU GOT GOING ON THESE DAYS? (Shameless Plug Time)
Working on an album that will feature full versions on my Instagram songs.
I’ll also be at Anime Weekend Atlanta at the end of this month, then Realms Con in Corpus Christi, TX Oct 6-8, and singing at a gala to benefit the Pittsburgh Japanese Cultural Society on October 13th.

NEXT WEEK: We welcome Hercules himself Kevin Sorbo to the show. He’s got a controversial new movie coming out that’s drawing the wrong kind of attention – you do NOT want to miss this interview

PLUS: Are you Jones’n or Dread’n the new Fall flicks including Kingsman, Thor, JLA and more!