‘Captain America: Civil War’: How Marvel Got The Politics All Wrong

Captain America: Civil War is upon us! Are you #teamcap? Or #teamironman? Did you know you’re probably on the wrong side no matter what? That’s because Marvel royally screwed up the politics in the original Civil War.

Would Tony Stark, a businessman be FOR government registration? Would Captain America, a 40s patriot be AGAINST it? That would be like Donald Trump supporting Bernie Sanders’ policies or Hillary calling for more tax cuts for businesses.

We dive into all of that, describe how the movie universe got it right and give our predictions for what is sure to be the movie event of the summer with the gang from BadCoyoteFunky this Friday 11am on TalkingAlternative.com 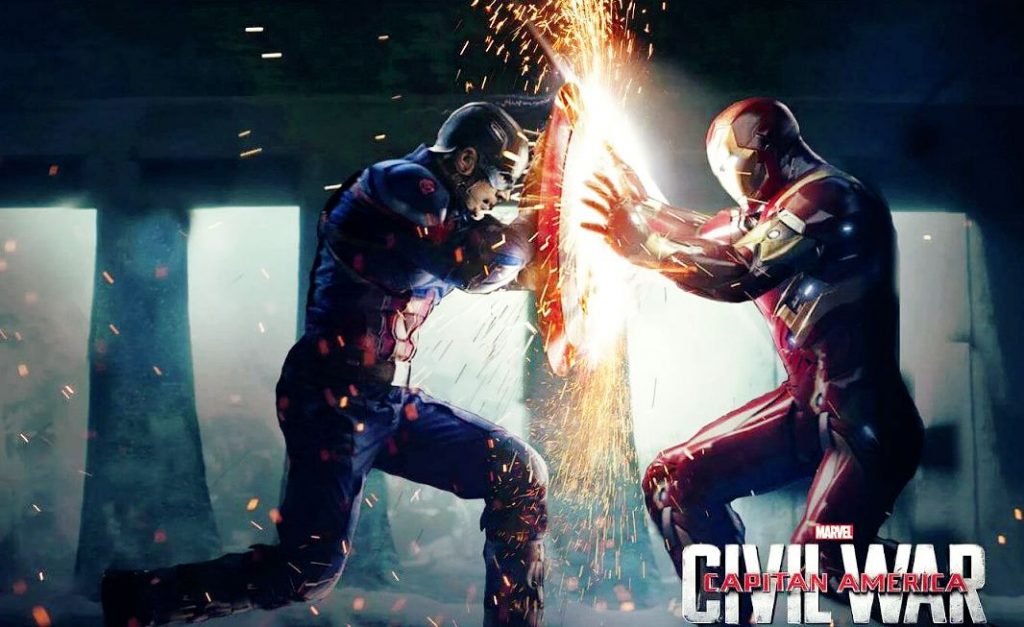 This week’s show will also be our LAST at the current time slot on TalkingAlternative.com.Catch us at our new PRIMETIME slot starting Wednesday May 11th at 8:30 pm. New Bat time, same Bat channel, same Batty Opinions, Guests and general Mayhem (SoS is still banned in China!)

With Civil War less than a week away we posed the question: Is it fair to compare The DC movie universe to the Marvel movie universe? Granted, Batman V Superman was a critical and fan disappointment for the most part, but it did accelerate the process.

Is DC as far away from competing with Marvel as some people think? Or will Suicide Squad lead DC out of the rear view and into the forefront.