PODCAST | The Summer of Sequels hits another snag as MIB: International goes Dark Phoenix and bombs. But… was it as bad as people say? We go behind the scenes on the Chris Hemsworth/Tessa Thompson flop and why 23 Jump Street should have happened, but didn’t!

PLUS: We welcome Nerdcore hip-hop artists MC Lars and Mega Ran on to talk about their new Kickstarter funded LP, Snoop Dogg and their ComicCon connection! 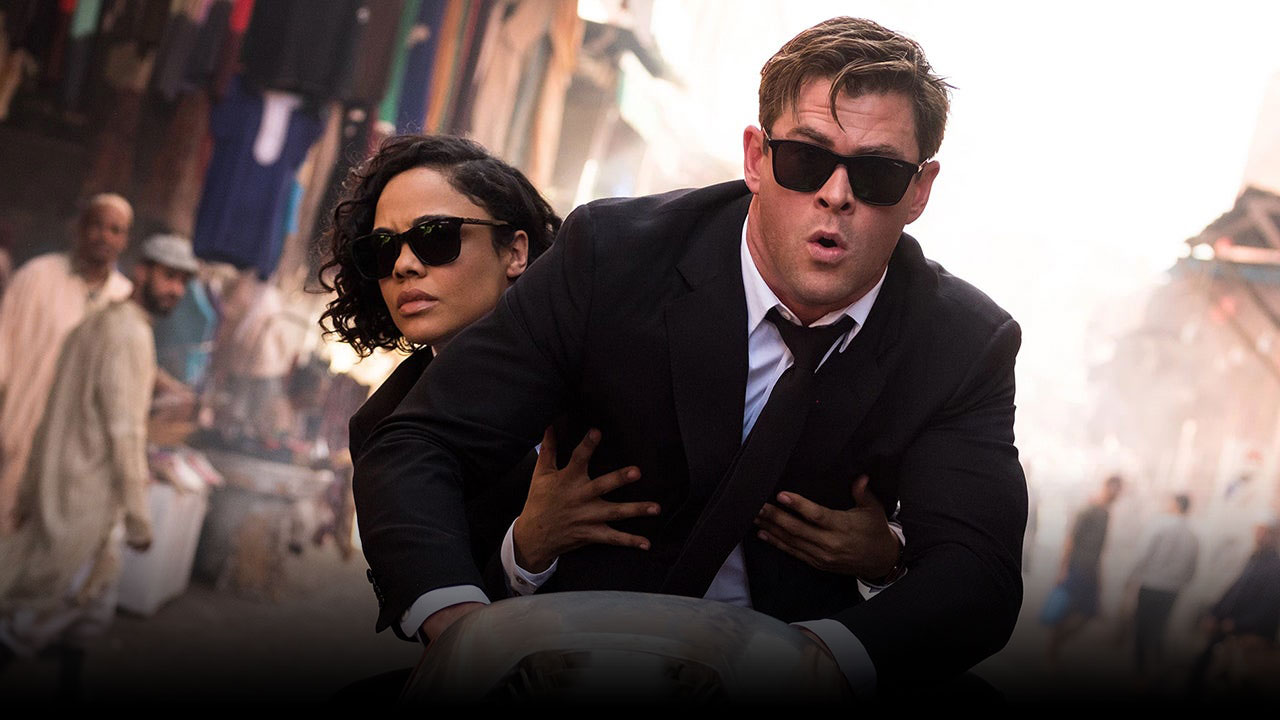 Rewrites, Infighting and No “Urgency”: Behind Sony’s Lackluster ‘Men in Black’ Relaunch

Director F. Gary Gray nearly exited as producer Walter Parkes attempted to remake the script on the fly while the studio tried to limit its own financial exposure. “The movie needed a greater reason to be,” says a Sony exec.

In 2016, Sony Pictures’ top executives, including chief Tom Rothman, faced a dilemma: Should they greenlight a reboot of Men in Black or pursue a Men in Black crossover with a second franchise, 21 Jump Street? The stakes were high. A misstep could kill a franchise. Or two.

‘Men in Black’ and the Battle Between Nostalgia and Fatigue

Franchises such as ‘Star Wars’ and ‘Halloween’ have thrived by bringing back familiar faces, but what happens when new blood alone can’t draw an audience to theaters?

There’s a repeated sentiment in a number of reviews for the MIB: International that express “no one asked for this movie” or “no one needed this movie” in a variety of ways. It’s a line, used more frequently over the past few years of sequels, that strikes me as odd because it could be attributed to any movie, even the ones that are critical darlings. There’s also the fact that more often than not, when movies are asked for, they are asked for because of that aforementioned nostalgia factor. We ask for Weaver to return as Ripley. We ask for Hamill to return as Luke, even when their stories have ended and new characters have been moved to the forefront. Had Smith and Jones returned, would there still be a sentiment of “no one asked for this,” or would we simply have been happy to take the dopamine that comes from nostalgia. Or, what if Sony’s original proposed plan of seeing Jump Street characters Jenko (Channing Tatum) and Schmidt (Jonah Hill) become Men in Black had gone through? Would it have been embraced, or would it have been considered a step too far for a franchise that had already pushed the limits of sequels and reboots through satire in the excellent 22 Jump Street (2014)? Would critics have felt a “need” for that iteration? That film, permitting Phil Lord and Christopher Miller’s return, would have been hilarious, but it also wouldn’t satisfy that desire for new characters and wouldn’t add anything to the characters whose arc had already been concluded in a meaningful way.

It’s clear from the box office records that sequel and spin-off fatigue isn’t truly a thing. The box office disappointments of The Lego Movie 2: The Second Part, Godzilla: King of the Monsters and Dark Phoenix are just a couple outliers in a year that has seen the success of How to Train Your Dragon: The Hidden World, Captain Marvel, Avengers: Endgame, John Wick Chapter 3 – Parabellum, and is still looking forward to Toy Story 4, Annabelle Comes Home, Spider-Man: Far From Home, and Fast & Furious Presents: Hobbs & Shaw. 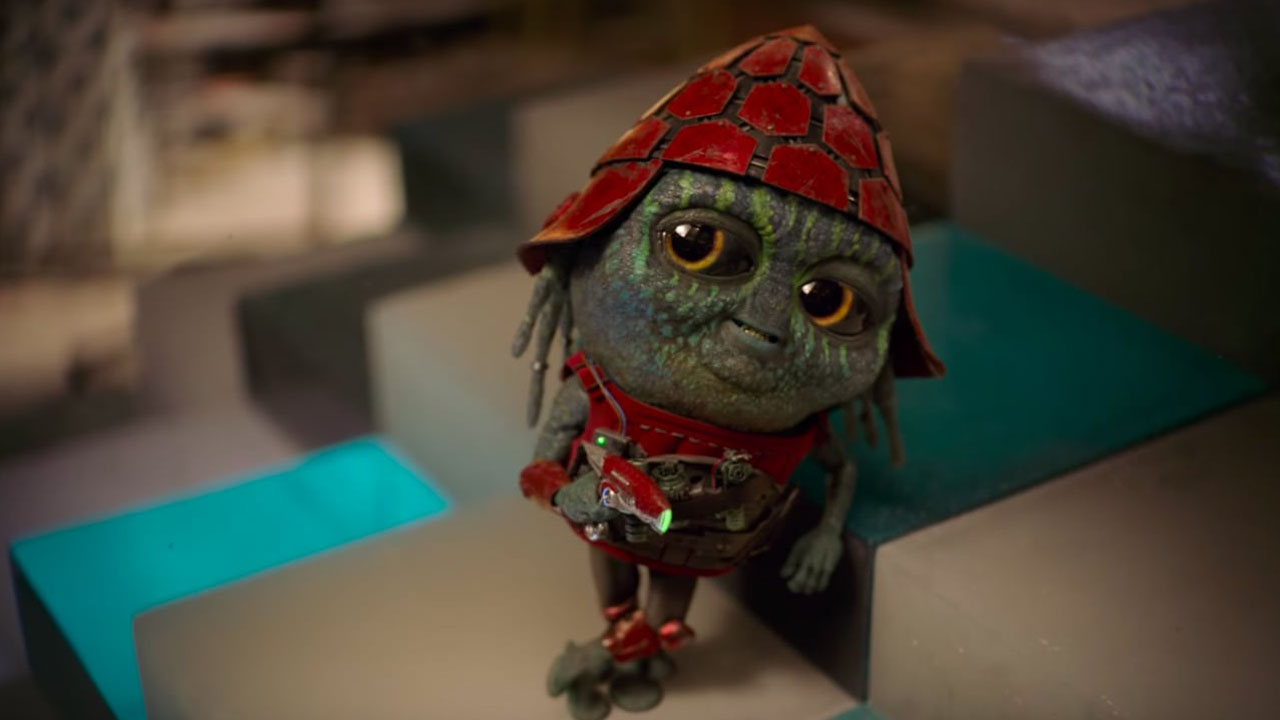 WHAT DO YOU DO?
Mega Ran is a 2019 Guinness World Record holder, and has found success playing huge festivals, conventions, professional wrestling events and has toured the world alongside Lars, across the UK, Europe and Japan. MC Lars has hosted two TEDx talks, premiered a song at Carnegie Hall, survived three complete Warped Tours, opened for Snoop Dogg, and collaborated with “Weird Al” Yankovic and KRS-One.

GOT A HOT TAKE?
MC Lars – These past few days I’ve been listening to a lot of $uicideboy$, Ghostmane, Pouya and Terror Reid. I love this new generation of underground hip-hop because these dudes’ skills are all top notch and the melodies and beats are frantic and very musical. It inspires me to see the new generation pushing hip-hop forward like this, talking about real things like being emotionally vulnerable, clever wordplay and an East Coast battle-rap aesthetic, even though a lot of these guys are from the South. I recommend all four of these artists highly. 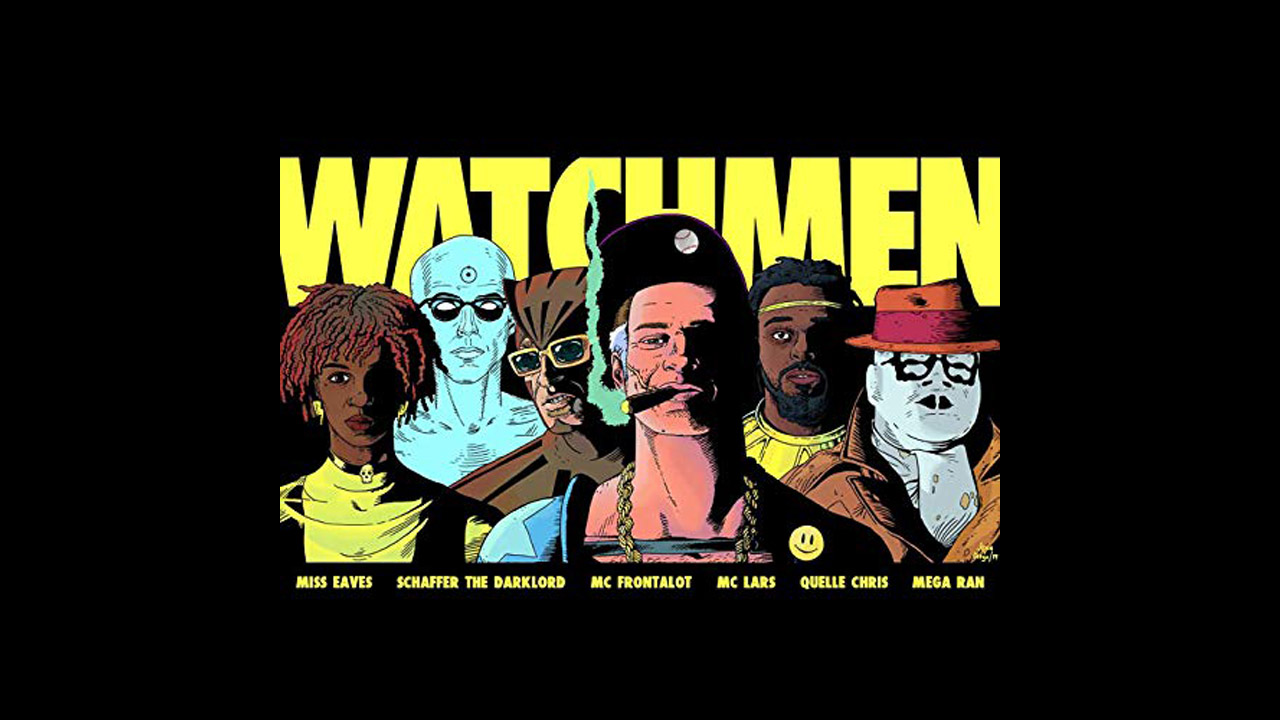 ‘The Batman’ Villains Revealed: Here’s Who Robert Pattinson Will Be Fighting

Now that Matt Reeves has found his Bruce Wayne in Robert Pattinson, done deal or not, the writer-director has turned his attention to The Batman‘s rogues gallery of villains, which will include the Penguin and Catwoman, according to the Hollywood Reporter’s Heat Vision newsletter.

The Penguin and Catwoman were previously featured in Tim Burton‘s Batman Returns, where they were played by Danny DeVito and Michelle Pfeiffer, respectively. Two decades later, Anne Hathaway played Catwoman in Christopher Nolan‘s The Dark Knight Rises, although the character was never referred to as “Catwoman.” Instead, she was called either “The Cat” or her real name, Selina Kyle.

Reeves won’t begin casting Batman’s rogues gallery until Pattinson closes his deal, which is believed to be imminent. This despite the fact that, to the best of my knowledge, the Twilight star hasn’t even read the script yet, because it still isn’t quite finished. But surely Reeves shared his plans with Pattinson when the two met, and it’s safe to assume he already has actors in mind to play the villains. The real question is whether Reeves will gender-flip the Penguin or perhaps another antagonist, such as the Riddler, who has also been rumored to make an appearance — though that remains unconfirmed. After all, Reeves will have to keep some surprises up his sleeve and save something special for the sequel, just like Nolan did by waiting until the second film in his Bat trilogy to introduce the Joker and Two-Face.

Josh Gad hasn’t been shy on social media about lobbying to play the Penguin, and I think he’d make an excellent choice, though I could say the same about Jonah Hill and even Melissa McCarthy. All three of them would make a great comic book villain. Regarding Catwoman, it’s anyone’s guess, but can you imagine what someone like Saoirse Ronan could do with that role? She earned three Oscar nominations before her 25th birthday, and would be a very intriguing choice, though she has largely avoided big-budget franchise films. Then again, so has Pattinson.

Mackenzie Davis could also be interesting, and she has been on the verge of a comic book movie for some time, having most recently passed on a role in Marvel’s Black Widow that eventually went to Florence Pugh. Before that, the Terminator: Dark Fate star was eyed for Domino in Deadpool 2 as well as a role in Drew Goddard‘s planned Sinister Six movie.

Again, I haven’t heard that any of those actors have met with Reeves — unlike Ansel Elgort, the star of WB’s The Goldfinch and Steven Spielberg’s upcoming West Side Story, who met with the director to discuss the title role — they just come to mind as strong possibilities, based on interest they’ve received for past studio tentpoles.

Warner Bros. will release The Batman on June 25, 2021. Stay tuned for more casting news, because with production starting this fall, it’s about to get crazy ’round these parts.

When SYFY held the Season 2 premiere for the Superman prequel series Krypton. One of the bigger selling points for the new season was that it would introduce the Czarnian mercenary Lobo, as played by Irish actor Emmett J Scanlan. Apparently, SYFY have much bigger plans for Lobo, as the cable network announced it’s developing a Lobo spin-off series for Scanlan’s character.

Krypton‘s executive producer Cameron Welsh will write the script and exec. produce the spinoff that may or may not have a pilot ordered, depending on whether SYFY likes said script. Clearly, SYFY are bullish that viewers will want to see more of Scanlan as Lobo.

Meant as a recurring character in the new season of Krypton, Scanlan’s Lobo has been featured fairly heavily in the commercials for Season 2, mainly because there has yet to be a live action version of the character. The decision might seem a little odd considering that SYFY is part of the NBC/Universal/Comcast family, and WarnerMedia seems to be trying to develop original shows for its DC Universe streaming service and presumably for its own upcoming streaming service. (Of course, DC Universe’s latest  Swamp Thing series has already been cancelled, creating more concern for the future of the streaming service following the AT&T acquisition.)

On top of that, the THR version of this story mentions that Warner Bros. is still trying to develop Lobo to have his own movie, possibly eyeing Transformers’ Michael Bay to direct. A movie version of Lobo has been in some form of development for over a decade with the likes of Guy Ritchie and Dwayne Johnson expressing interest in making it, but for whatever reason, every attempt to make a Lobo movie has stalled.

Lobo was first introduced way back in 1983 as a character in Roger Slifer and Keith Giffen’s Omega Men, but the character really took off when writer Alan Grant and artist Simon Bisley gave Lobo his own mini-series Lobo: The Last Czarnian in 1990. This was a far lewder and graphically-violent version of the character more in line with the duo’s work in 2000 AD, although they hadn’t worked together on the weekly British comics anthology. (Bisley drew ABC Warriors and Sláine, written by Pat Mills.) The duo (along with Giffen) gave Lobo an origin as the last of his race, having killed all the other Czarnians, but the series also built up his power base to make him nye indestructible and able to regenerate. At the time, it was obviously an attempt to create a DC counterpart to Marvel’s hugely popular Wolverine. The mini-series proved successful enough for DC Comics to produce a number of mini-series and one-offs.

Lobo has been noticeably absent from the comics as of late, appearing in Suicide Squad as well as a short-lived Justice League of America spin-off  a few years back. He seems to be trapped currently in one of Brainiac’s glass bottles until DC or some brave comic creator decides to release him on readers once again.

If you’re a Lobo fan, sound off in the comments about what you think about the little you’ve seen of Scanlan in the role of Lobo on Krypton and whether you can see him carrying his own series.

Also, is Michael Bay the right director for a Lobo movie or might that be just a little over the top even for Lobo? 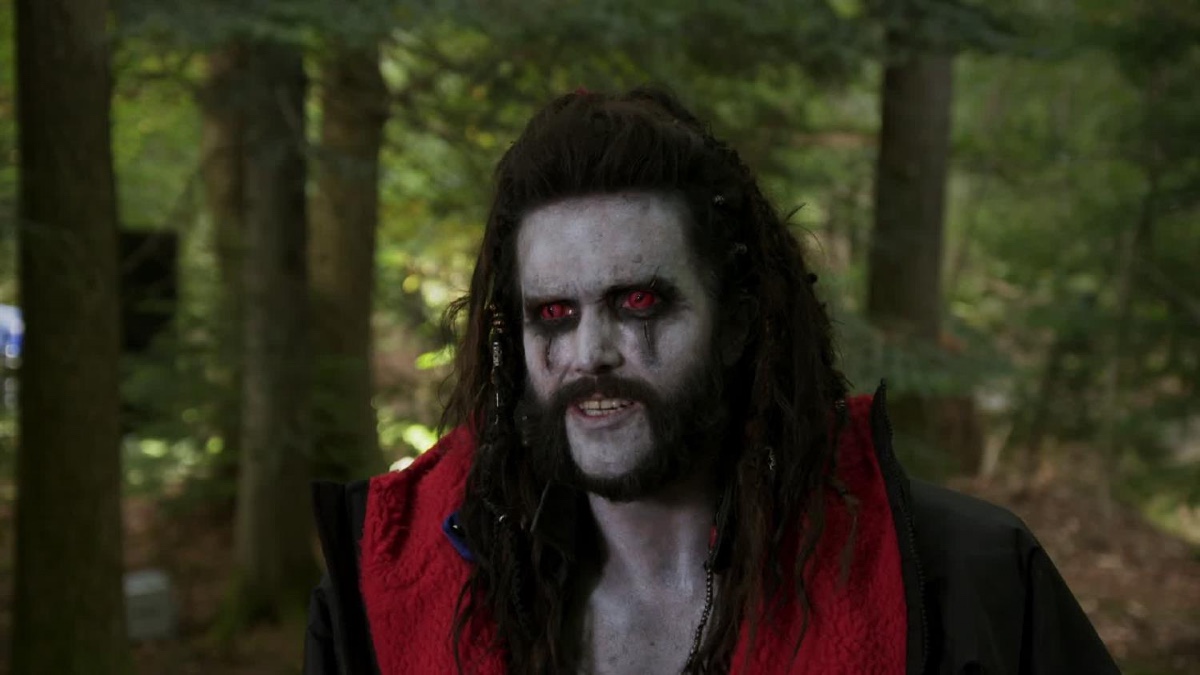 NEXT WEEK:  We say goodbye to the Marvel Netflix Universe! And welcome Ed Kuehnel from SBC Productions to talk INVASION FROM PLANET WRESTLEMANIA!